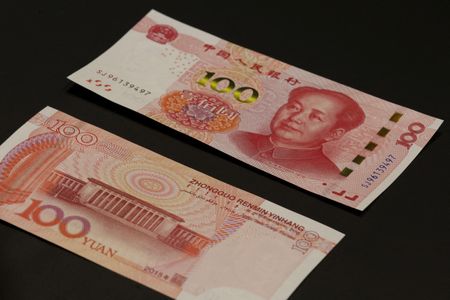 (Reuters) – Myanmar will start accepting Renminbi as an official settlement currency next year for trade with China, it said on Wednesday, as it looks to restart several joint projects and forge closer economic ties with Beijing.

Myanmar’s junta, which seized power in a Feb. 1 coup, said in a statement it enjoyed a special “kinship” with China, which has supported it financially and with COVID-19 vaccines.

The statement issued by the ministries of information and investment also identified infrastructure projects with China that it said were a “major priority” for its economic revival, including plans for railways and ports.

The military coup in Myanmar and an ensuing crackdown on protesters in which hundreds have been killed has been widely criticised in the West and prompted international sanctions on military officials and military-linked businesses.

Analysts have said that Myanmar’s increasing international isolation could push it closer to China, which has not been publicly critical of the coup but has repeatedly urged different parties in Myanmar to “bridge their differences” and “advance the democratic transition”.

In its statement, Myanmar said the pilot currency project would “further improve bilateral cooperation” with Beijing and would “substantially improve border trade”, especially for agricultural products.

The ministries also said that Myanmar’s economic downturn this year was “much less severe than forecasts of some international economists” and that the country expects to record modest growth in 2021-2022.

Nearly half the population of Myanmar, once one of Asia’s fastest growing economies, will be pushed below the poverty line next year due to twin impacts of the coup and the pandemic, the U.N. has estimated.