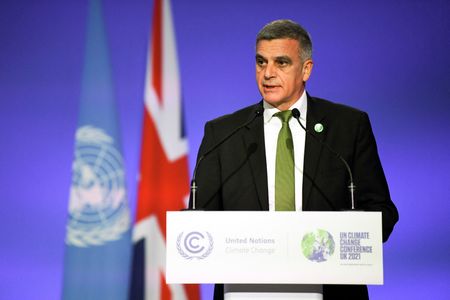 SOFIA (Reuters) – Bulgaria does not see a need for deployment of NATO troops on its territory as a response to Russia’s troop build-up near the border with Ukraine, its defence minister said on Tuesday.

Stefan Yanev confirmed reports that within NATO different response options, including establishing a military alliance presence in Black Sea NATO members Bulgaria and Romania under its “Enhanced Forward Presence” mission are being discussed.

NATO has used that mission to deploy military forces to the Baltic states and eastern Poland.

“My position is that such a debate, respectively an approach, has the potential to lead to an undesirable increase of tensions in the region,” Yanev said a Facebook posting.

Yanev said that for the for the time being there was no reason to consider Russia’s troop build-up as a direct threat to the Alliance and the relevant security zone.

“In this sense, I do not believe that there are the necessary circumstances that can justify a decision related to the deployment of additional troops on our territory,” he wrote.

He said that Bulgaria, which joined NATO in 2004, will be following the situation closely and was standing ready to increase the capacity of its own national forces “in the context of the allied capabilities to deter and defend” if needed.