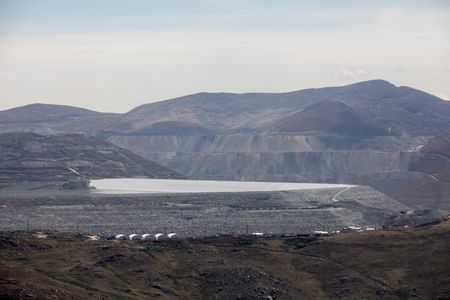 By Marcelo Rochabrun and Marco Aquino

“We don’t have more time; this is truly so important to us,” Vasquez said in a meeting with leaders from Chumbivilcas province who have been blocking the road for about a month, forcing Las Bambas to suspend operations last week.

Wilber Fuentes, head of the Chumbivilcas Defense Front organizing the blockade, was noncommittal and said he would have an answer by Wednesday at noon after consulting with residents.

Vasquez’ message was the strongest exhortation yet to residents to lift the month-long blockade affecting Las Bambas, which produces 2% of global copper supply. Peru is the world’s No. 2 copper producer.

Vasquez has been reluctant to declare a state of emergency to clear the road, as demanded by industry leaders, saying the government would prefer to engage in dialogue.

Vasquez gave no clear indication of what would happen if Chumbivilcas residents refused to clear the road.

“If (you don’t clear the road), it puts us in a very serious problem as a state,” Vasquez said. If the blockade continues, she said she could be censured by Congress and that Las Bambas could sue the country for failing to clear the road.

Executives for Chinese-owned Las Bambas said earlier this week that they were not at the moment considering suing the country but suggested it was a possibility.

Las Bambas has been flashpoint of protests since the mine started operations in 2016. Residents along the road used to transport the mineral often complain that the wealth of the mine simply bypasses them.