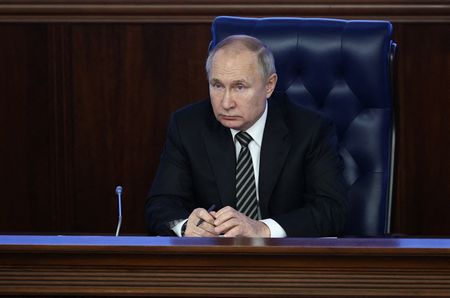 MOSCOW (Reuters) – Russian President Vladimir Putin called the diplomatic boycott of the upcoming Beijing Winter Olympics by the United States and its allies a mistake driven by a desire to restrain China’s development.

Washington will not prevent China’s emergence as a global competitor by dragging politics into sports, Putin said in reply to a question at his annual news conference.

Canada and the United Kingdom have said they will join the United States in a diplomatic boycott of the games, a move which Beijing has condemned as a betrayal of the Olympic principles.