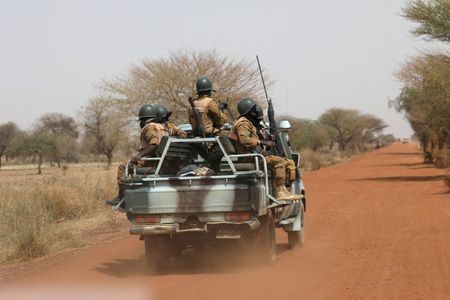 OUAGADOUGOU (Reuters) – Authorities in Burkina Faso have declared a two-day period of mourning after suspected militants killed at least 41 members of a government-backed civilian militia in the country’s desert north this week.

A column of civilian fighters from the Homeland Defence Volunteers (VDP), a group the government funds and trains to contain Islamist insurgents, was ambushed on Thursday as it swept a remote area in the northern Loroum province, authorities said on Saturday.

It was one of the heaviest single-day losses the civilian militia has experienced to date and occurred one month after an attack on a gendarmerie post killed 53 people – the worst strike on Burkinabe security forces in years.

“In this painful circumstance and as a tribute to the valiant VDP and civilians who fell in defence of the homeland, the President of Burkina Faso decrees a national mourning period of forty-eight hours, starting Sunday,” government spokesman Alkassoum Maiga said in a statement.

Authorities have faced repeated protests in recent months over their perceived failure to curb a four-year Islamist insurgency that has killed thousands across Africa’s Sahel Region and forced more than a million people to flee their homes.

Militants linked to al Qaeda and Islamic State have inflicted heavy casualties on the region’s armies, killing soldiers in Burkina Faso, Niger and Mali almost every week in scattered attacks.

The Burkinabe army said about 100 militants were killed earlier this month in a joint offensive involving hundreds of troops from Burkina Faso and Niger, who also seized guns, improvised explosive devices and hundreds of motorcycles.