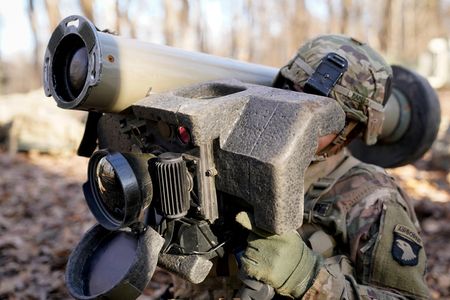 WASHINGTON (Reuters) – The U.S. State Department has approved the potential sale of Javelin anti-tank missiles to the government of Lithuania in a deal valued at up to $125 million, the Pentagon said on Tuesday.

The sale comes as tensions are running high in Eastern Europe with Russia massing troops along its border with Ukraine. In October, the Biden administration sent Javelins to Ukraine, the U.S. embassy in Kyiv said on Twitter.

The total package of Javelin anti-tank missiles would include 341 of the FGM-148F variant of the weapon and 30 command launch units, spares and technical support, the Pentagon said.

The Pentagon said that the proposed sale “will help Lithuania build its long-term defense capacity to defend its sovereignty and territorial integrity in order to meet its national defense requirements.”

Despite approval by the State Department, the notification does not indicate that a contract has been signed or that negotiations have concluded.

The Pentagon said Lockheed Martin and Raytheon Technologies were the prime contractors for the weapons.

(Reporting by Mike Stone in Washington; Editing by Mark Porter and Lisa Shumaker)