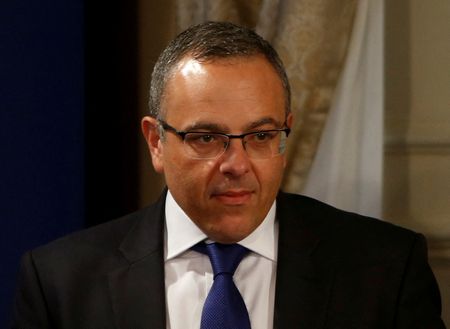 “Specifically, there is credible information that Mizzi and Schembri were involved in a corrupt scheme that entailed the award of a government contract for the construction of a power plant and related services in exchange for kickbacks and bribes,” State Department spokesman Ned Price said.

Representatives for Schembri and Mizzi could not immediately be reached for comment. The government in Malta made no immediate comment.

In 2020, Reuters and the Times of Malta https://www.reuters.com/article/uk-malta-daphne-money-trail-exclusive-idUKKBN23Q1MA revealed that an offshore company called 17 Black Limited made millions by profiting from a 2015 wind farm project purchased in Montenegro by Malta’s state energy company Enemalta.

The purchase came after negotiations and several trips to Montenegro led by Mizzi.

Accountants for Mizzi and Schembri wrote in an email seen by Reuters that the two men stood to receive payments from 17 Black for services that were not specified.

Mizzi and Schembri have denied any wrongdoing.

Reuters had earlier established that the owner of Black 17 was Malta’s wealthiest businessmen, Yorgen Fenech. He was accused in 2019 of ordering the murder of Maltese journalist Daphne Caruana Galizia, who was looking into the firm. Fenech has denied the accusation and is awaiting trial.