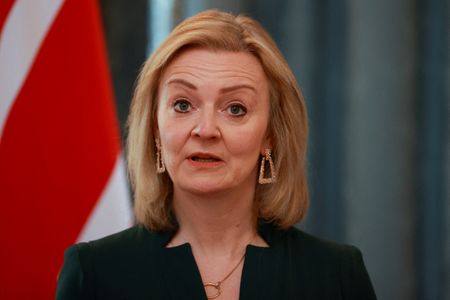 LONDON (Reuters) – British Foreign Secretary Liz Truss on Thursday repeated her warning to Russia that any incursion into Ukraine would be a costly mistake, but welcomed Moscow’s willingness to enter talks.

“Any Russian incursion would be a massive strategic mistake and would be met with strength, including coordinated sanctions with our allies to impose a severe cost on Russia’s interests and economy,” she said in a statement.

“The only way out of the current situation for Russia is through dialogue and I welcome the fact that Russia has signalled it is willing to enter talks in January.”

The Kremlin denies it plans to invade and says the West is gripped by Russophobia. Moscow says the expansion of NATO threatens Russia and has contravened assurances given to it as the Soviet Union collapsed in 1991.