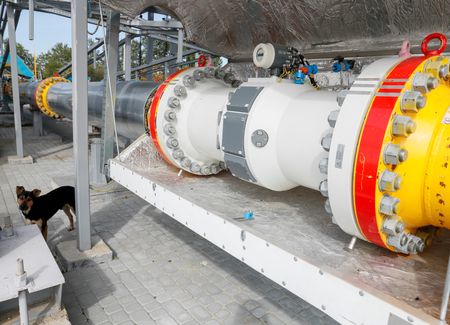 KYIV (Reuters) – Ukraine will be able to import daily 8 million cubic metres of gas from the European market via Hungary from January, Ukraine’s state operator of gas transmission said on Wednesday after signing an agreement with the Hungarian operator FGSZ.

“The introduction of guaranteed import capacity from Hungary contributes to the diversification of gas supply sources and strengthening of the energy security of Ukraine,” Ukraine’s GTSOU said in a statement.

Ukraine needs to import gas to fulfil more than 30% of its consumption and bought 15.9 billion cubic metres (bcm) in 2020, including 4.2 bcm from Hungary. But supply from Hungary stopped after Budapest and Russia’s Gazprom signed in September a new long-term gas supply deal bypassing Ukraine.

Ukraine has not imported gas directly from neighbouring Russia since 2015 after Moscow annexed the Crimean peninsula and backed pro-Russian separatists in eastern region of Donbass.

Ukraine’s Naftogaz on Wednesday said it had asked the EU competition watchdog to stop what it says is abuse by Gazprom of its dominant position in the European gas market.